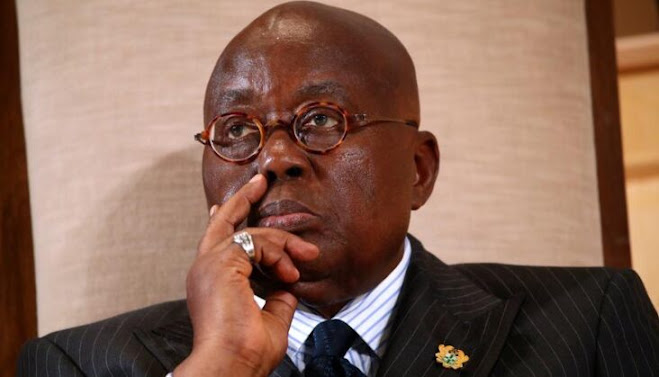 Members of the Concerned Youth of Volta Region have served notice to demonstrate against President Nana Addo Dankwa Akufo-Addo if he does not apologize to the Aflao Chief Torgbui Adzonugaga Amenya Fiti V.This comes after President Akufo-Addo had, in a sarcastic manner, asked the Chief to complete Mahama’s E-block by himself.The President said most of the E-block projects started by the Mahama administration have been completed by his government. Others are also at various stages of completion, he said.Mr Akufo-Addo’s comments came after Torgbui Adzonugaga Amenya Fiti, had given the government a four-month ultimatum to open the e-block community day senior high school which in his view, has stalled since 2016.The ¢9 million projects which was part of some 200 classroom blocks the erstwhile Mahama administration started was supposed to have some 26 classrooms attached and 5 departments including a science block.Torgbui Adzonugaga Amenya Fiti speaking with the Minority side of the Education Committee who toured the uncompleted school buildings in the Ketu South constituency says the government’s approach to education is appalling.“After senior high school education, the next degree that my people have to do is to go to border and go and do kayayo, no school.“The only school that we have is the RC Senior High School that belongs to the Catholic Mission Minor Seminary. So this thick population have no place to go and people sit down in that big hall called parliament and do not think about Aflao, a place after the Tema Harbour, the next revenue generation is from the Aflao border.“I had to push the former President Mahama for the structure to be constructed over there. I had to be running from here to Accra begging.  Should we beg for education?”But Mr Akufo-Addo questioned why the Chief is giving the sector minister an ultimatum.He said on Peace FM Thursday, October 21 that “Many of the E-blocks are being worked on across the country.“Is he [Aflao Chief] the one to give the minister ultimatum then he should go ahead and complete the project.”But the Volta youth members who are unhappy with the President’s response said in a statement on Friday, October 22 that ” President Akuffo Addo’s intolerant posture of mounting vitriolic attacks on citizens who voted him into the office to get things done the right way is not only disrespectful but also nauseating and reprehensible. It is about time he wholeheartedly accepted criticism without having emotions attached.”“We are also calling and appealing to the President to complete the E-Blocks and other infrastructures which are at various stages of completion across the country for use as governance is a continuous process. Our chiefs have every right to demand their share of the national cake from the Central government and air their views on pertinent issues that bothers them.”

Below is their full statement…CONCERNED YOUTH OF VOLTA REGIONGHANAFor Immediate Release22/10/2021PRESIDENT AKUFFO MUST IMMEDIATELY RETRACT AND RENDER AN UNQUALIFIED APOLOGY TO THE PARAMOUNT CHIEF OF AFLAO AND THE PEOPLE OF THE VOLTA REGIONThe attention of the Concerned Youth of the Volta region has been drawn to a video circulating on social media where the President, His Excellency Nana Addo Dankwah Akuffo Addo was seen throwing a jab at Torgbui Adzonugaga Amenya Fiti V, the Paramount Chief of Aflao Traditional Area, for demanding one of the Community Day Senior High Schools constructed by the erstwhile Mahama administration to be completed and put to good use.The unfortunate comment was made when the President was having a one on one interview on an Accra based radio station, Peace FM’s “Kokoroko” morning show hosted by Mr Kwame Sefa Kayi.The subtle attempt by the NPP government to be consistently denigrating, disrespecting and undermining our Traditional rulers will not be countenanced in any way, as it will be resisted without fear of favour.The demands by the revered chief were made when the minority caucus of the education committee of parliament paid a courtesy call on him his palace.In the just-ended voter’s registration exercise, Mr John Boadu, the General Secretary of the governing party also accused some Volta chiefs of serving as polling station chairmen and station wardens. Such a lame, blatant falsehood statement was peddled without any scintilla of evidence.Their national Chairman, Mr Freddie Blay also labelled Torgbui Afede, the immediate past President of the National House of Chiefs, who also doubles as the Agbogbomefiaof the Asogli State and President of the Asogli Traditional Area as a “Palm wine tapper” and got away with it. The brazen impunity with these callous name callings and attacks is gradually dragging the names of our eminent chiefs into disrepute.President Akuffo Addo’s intolerant posture of mounting vitriolic attacks on citizens who voted him into the office to get things done the right way is not only disrespectful but also nauseating and reprehensible. It is about time he wholeheartedly accepted criticism without having emotions attached.We are, therefore, calling on the President to as a matter of urgency retract and apologize to the Paramount Chief and to the good people of the Volta region else we will hold a mammoth demonstration against him and his government.The people of the Volta region are peaceful and loving people, but it does not mean we are vindictive people.It is imperative and instructive to note that;It is not only Torgbui Adzonugaga Amenya Fiti V, the Paramount Chief of Aflao Traditional Area who made such a request. Other eminent chiefs also did the same.The eminent and revered chief doesn’t take taxes from citizens and should be ordered to complete uncompleted projects.We are also calling and appealing to the President to complete the E-Blocks and other infrastructures which are at various stages of completion across the country for use as governance is a continuous process. Our chiefs have every right to demand their share of the national cake from the Central government and air their views on pertinent issues that bothers them.It is obvious and crystal that the President will no contest in the next elections hence, his recent posture and comments.Our greatest shock and dismay was the host of the program, Mr Kwame Sefa Kayi, who partly hailed from the region laughed at the President’s response. His hypocritical behaviour over the years is sickening and should be controlled.We condemn his comments in the strongest termsWe will not sit aloof for any individual or group of persons to denigrate our leaders for nothing.God bless our motherland Ghana.Long live VoltaLong live GhanaSigned:Wonder Setsoafia DeynuConvenorBernard Edem AhiekporP.R.O 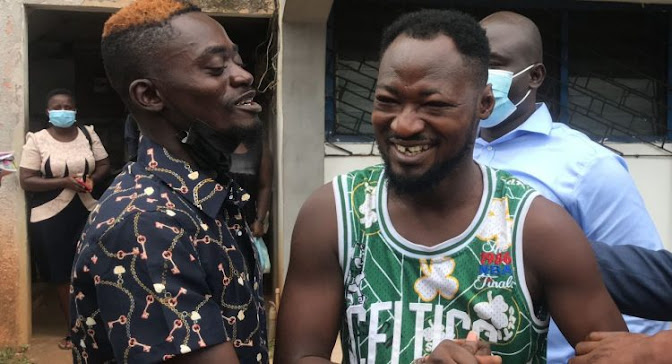 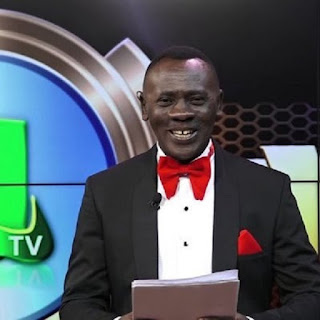